During February the month of faith, each week let us pray for the six black Catholic candidates for sainthood: Sister Thea Bowman, Mother Henriette Delille, Julia Greeley, Mother Mary Lange, Father Augustus Tolton and Pierre Toussaint. We are blessed and grateful that today there are six black Catholic candidates for sainthood.  For all American Catholics, they are models of holiness and service.

Let us learn more about what becoming a saint involves and why we should strive to become more saintlike.

The word “saint” literally means “holy,” and, in the New Testament, “saint” referred to all who believed in Jesus Christ and followed his teachings. St. Paul often addressed his epistles to “the saints” of a particular city Ephesians 1:1 and 2 Corinthians 1:1), and the Acts of the Apostles talks about St. Peter going to visit the saints in Lydda (Acts 9:2). The assumption was that those who followed Christ had been so transformed that they were now different from other men and women and, thus, should be considered holy. 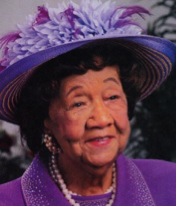 In 2010 the world lost one of its best, with the death of civil rights activist, Dorothy Height. Among many of Ms. Height’s colleagues were Dr Martin Luther-King Jr and Rosa Parks. While her passing evoked sadness, many celebrated her life in recognition of her ardent selflessness. 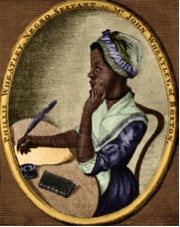 You may not see Phillis Wheatley’s books at a Barnes and Noble or Amazon.com, but this writer paved the way for every other one on this list. As the second published African-American poet and first published African-American woman to make a living from her passion, Wheatley’s “Poems on Various Subjects, Religious and Moral” garnered international attention in England and America when it was published in 1773. 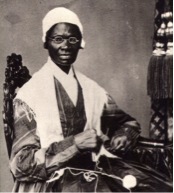 A preacher, gender and racial equality activist born into slavery, Sojourner Truth spread the word of God and equality throughout her lifetime. She is best known for her 1851 speech titled, ‘Ain’t I A Woman?’

A Democrat, Terri Sewell is the representative in Congress for Alabama’s 7th district. She is an accomplished attorney and was educated at Princeton, Harvard and Oxford University. Sewell was the first African-American woman elected to represent Alabama in Congress. 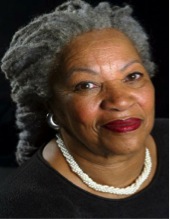 Chances are, if you’re a writer or consider yourself even close to one, you’ve been inspired by Toni Morrison. The Pulitzer Prize-winning storyteller is known for famous works, including “Beloved” and “The Bluest Eye,” and is also a Nobel Prize recipient.